One of my main duties as Chief Executive of one of the largest mental and community health trusts in the region is to look at how our services reflect the demands of our population. Working with other organisations and partners, we need to make sure we use our resources effectively to cater for the greatest need.

Among the biggest challenges for Mersey Care is that some of our areas are the most deprived in the country. Only last year the Office for National Statistics published a report titled ‘Exploring Local Income Deprivation,’ which identified Knowsley as a part of the country with 25.1 percent of its population suffering from income deprivation, while Liverpool was fourth with 23.5 percent.

The purpose of this blog is not to highlight what many people may already know, but to understand how poverty impacts on our population and how we prioritise the services we deliver as a result. We know, for instance, there’s a direct link between poverty and deprivation and mental illness, so we tailor our services in those areas where the demand is likely to be the greatest.

There have been many studies that illustrate that link, most notably from Public Health England, who investigated health inequalities in mental illness a few years ago and noted that levels of psychotic disorders are nine times higher in people in the lower household incomes compared to the highest. 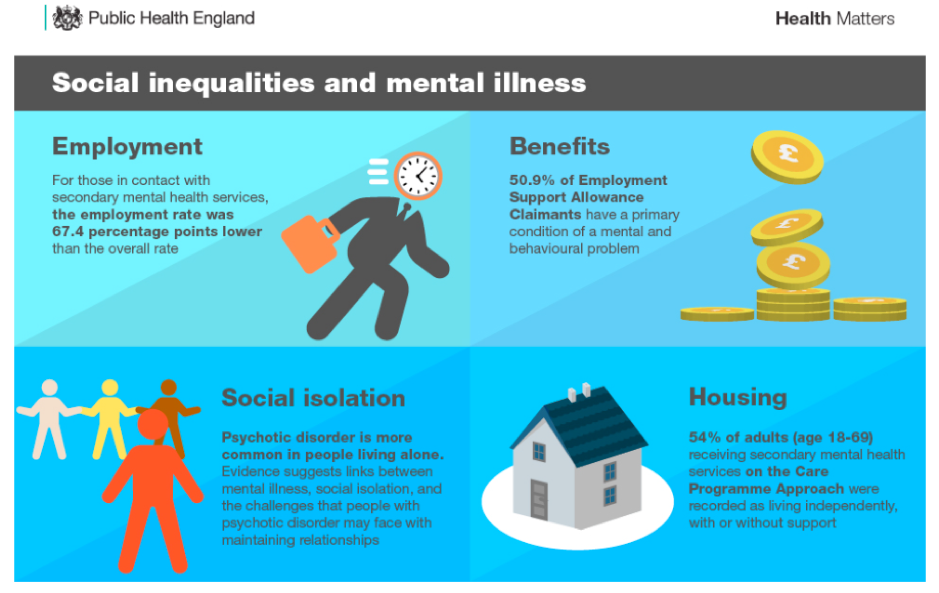 All sorts of factors contributed to those links to mental illness. People without employment or in lower paid employment often struggle with a sense of belonging, they have less available income to allow them to socialise and the worries and concerns about finances can often lead to other issues like drug or alcohol dependency.

At Mersey Care we’re well aware of the challenges many service users face and given the cost of living crisis in the UK, this also applies to many of our work colleagues and, as an organisation, we have a duty to care for the needs of both groups.

Our pathway advisors at The Life Rooms reach into the local communities supporting people with family and caring responsibilities, mental and physical wellbeing, financial difficulties, housing issues and employment opportunities while there are courses covering vocational training either face to face or online. Community is the central focus, working together and listening to our communities to codesign and embed culturally informed approaches to improve population health and address social inequality.

Mersey Care is also supporting our workforce in these challenging times as much as we can. There is a comprehensive health and wellbeing offer open to all our colleagues and we have recently introduced expenses advances for fuel and specialised support from the Citizens Advice Bureau.

If you needed any further evidence that mental health services should be placed front and centre of any financial recovery programmes for the UK, the Institute of Fiscal Studies produced a report last month that showed how poorer households were impacted far more by each inflation rise than their more wealthy neighbours.

One of the key indicators in assessing inflation rates is the amount each household spends on energy, the cost of which has increased significantly in recent months. It was previously thought that inflation affected each household equally, but the IFS now believe that poorer households are hit harder because of the greater percentage of their income they spend on fuel. 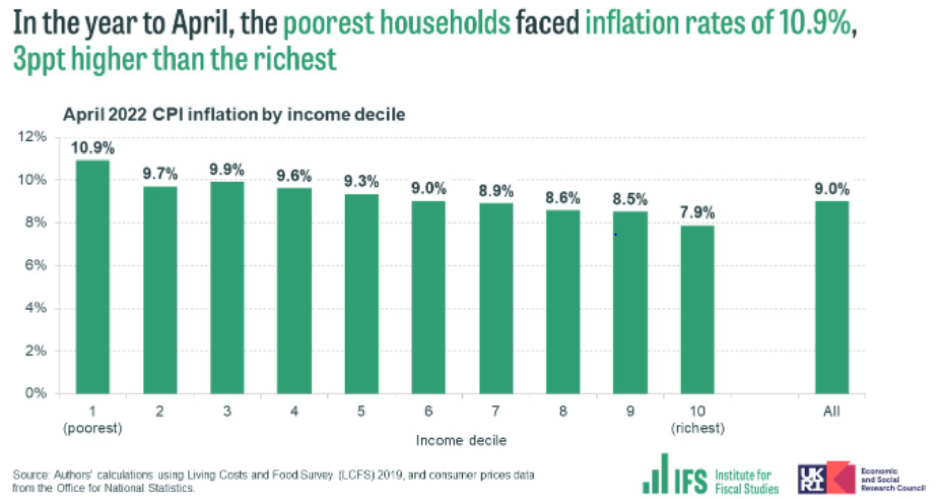 We’ve also done some research into this closer to home in Cheshire and Merseyside, with a report by the Institute of Health Equity that highlighted:

Keeping mental health at the centre of the debate about the cost of living has never been more important. That particularly applies to employers because employment is the best route to overcoming poverty – which is why the work of The Life Rooms both at their sites and in the community is so crucial.

Let’s keep working together and make a real difference to the communities we serve.